At Albaycín´s heart, on the old Moorish quarter streets between Gypsy Sacromonte and Christian Granada, is La Posada de Quijada.

La Posada is located in the lowest Albaycín, near Plaza de San Miguel, one of the perpendicular narrow streets to Calle San Jose where the church of the same name is.
We are five minutes from downtown and three from Calle Calderería, one of the busiest places for shopping and for visiting the Moorish tea houses. And going up, about five minutes from Albaycín neuralgic center where the most important monuments and sites tapas restaurant are.

Just hearing the name of Granada evokes us beautiful landscapes and inspiring legends for writers and artists of all times, a city that still stirs the traveler that can not but surrender to such as beautiful land as epic.
Even its two seasons are partly responsible for its charming. Besides the heights of the peaks of Sierra Nevada watches of the Alhambra Palace. The sky of Granada is one of the most beautiful ever- changing from its corners dreamlike world.

One of the jewels of Granada is the Albaycín´s neighborhood, declared by UNESCO Heritage of Humanity in 1994 as one of the places with a rich legacy of Moorish architecture that coexists harmoniously with traditional Andalusian architecture.
On the opposite hill of the Alhambra current based the Albaycín, witness of all ancient civilizations that made this such a unique cultural enclave in Europe.
Lost and found through the Granada streets, and especially compare the Christian and Muslim Town allows us to enjoy the combination of two different times, of two conceptions of the world that still very alive thanks to its conservation status.
The Albaycín is a vibrant, lively neighborhood. A neighborhood to walk the streets timbered to experience the atmosphere of the tapas bars and terraces. All this added to the simple and welcoming character of the neighborhood residents, makes it one of the main tourist destinations in Spain.

To get to La Posada de Quijada, we have prepared instructions for all kinds of transportation including map and description. 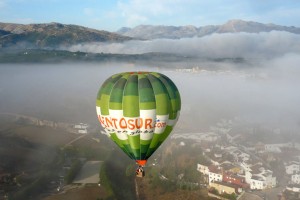 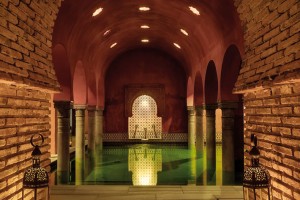 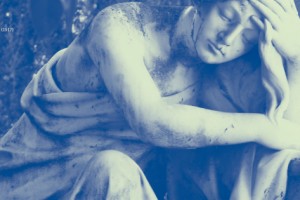 Guided visits to the Historical and Monumental Cemetery of Granada